Horsey day out at Stocklands

Bright blue skies and fluffy clouds were perfect for a day of BD affiliated dressage down the road at Stocklands.  It was my first test on Di’s beautiful Megan, and I did two tests on my own horse Bo Sourire.

Meg was trimmed and shiny for the occasion, and I got on from the lorry ramp. Iona and Lynda were not taking chances that she would move. I took her to the indoor arena for a short warm up. 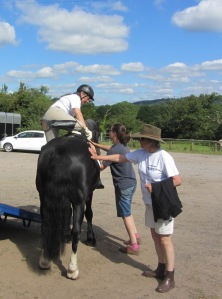 Meg was up for her Novice test, trotting smartly into a 3-loop serpentine and sustaining her canter through the 20 metre circle and round the edge. 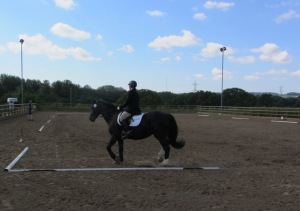 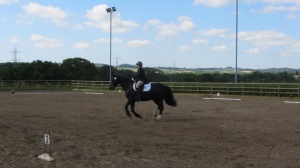 Having put a lot into it, her free walk late in the test was very relaxed and swinging. The fan club of Lisa, Di and Jackie, were there to greet her finale of a salute on the centre line. 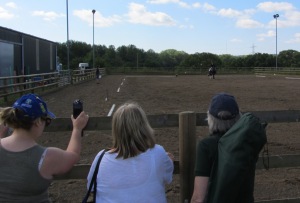 Bo needs a longer warm up, and then we did the same Novice test. 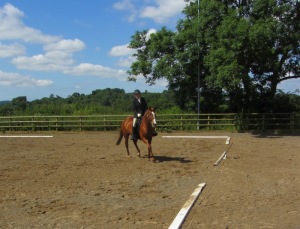 There was an hour before he was on again for his second test. 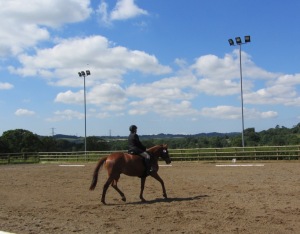 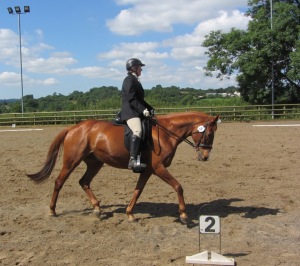 That was my riding over, and time for Bo to share some hay with Meg while I got my sandwich. 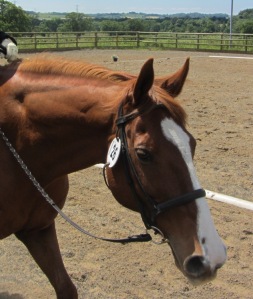 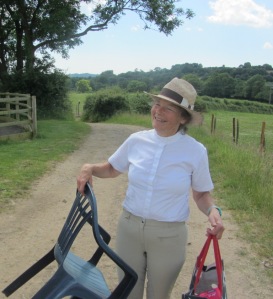 Iona still had home-bred Rokket to ride in two more difficult Medium tests.  The pair of them was a treat to watch, coming second and first. 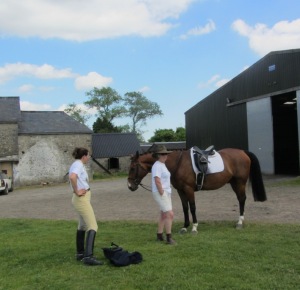 3 Responses to Horsey day out at Stocklands